Gambled away by her brother, Freya is now bound to the music world’s resident bad boy Liam Henderson as his live-in maid.

Freya Coleman is a struggling artist who can hardly get by. With a past she would rather not revisit and a future that didn’t extend past her next cup of coffee, something had to change. Freya just didn’t know how much.

Liam Henderson lives in the spotlight. His wild nights and latest conquests make every woman want him, and every man want to be him. The rockstar has a carefully constructed persona to keep everyone out. That is, until a drunken night gets out of hand and he finds himself with the winning hand in a poker game, and the prize is a feisty redhead. A prize who just might break down the walls he has been so desperately hiding behind.

Thrown together, these two are a disaster waiting to happen. A disaster the world is eager to watch and comment on until their fingers drop off. What starts off as a fake relationship to improve Liam’s image, blossoms into so much more, and Freya is swept up into the world of bright lights and illusions. Everyone has an opinion when the lights are shining on their beloved rock god Liam Henderson, and they are eagerly waiting to tear down anyone who is bathed in the famous glow.

Can happily ever after exist when the whole world is watching? 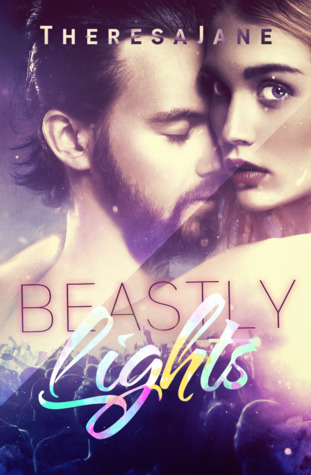 This was the first novel I’d read by Theresa Jane and I wasn’t disappointed. I love romance novels where the girl is able to tame the bad boy but unlike some other cliche stories, I found this one held my attention from the start.

I really enjoyed how Freya had her own set of issues that were just as on par if not more than Liam the famous rock star. Definitely some ups and quite few heart tugging downs in this novel – it was emotional as much as it was a hopeful romance. I love it when a writer can make you just feel and Jane did exactly that.

Each character was well developed and I enjoyed the story lines between each one – the back and forth pull between Freya and her brother was realistic as much as it was heartbreaking. There were times when I was frustrated with the characters – I mean, just say NO when your brother gambles you away! and Freya was at times a bit of a brat while Liam was an asshole but it all added to the story and where would we be without that very first poker game? By far my favourite character in the novel was Davis… that kid is going places.

I wouldn’t hesitate to pick up a Theresa Jane novel in the future; Beastly Lights was definitely a topsy turvy roller-coaster of emotions under the spotlight of the world.

Where to find THERESA JANE: